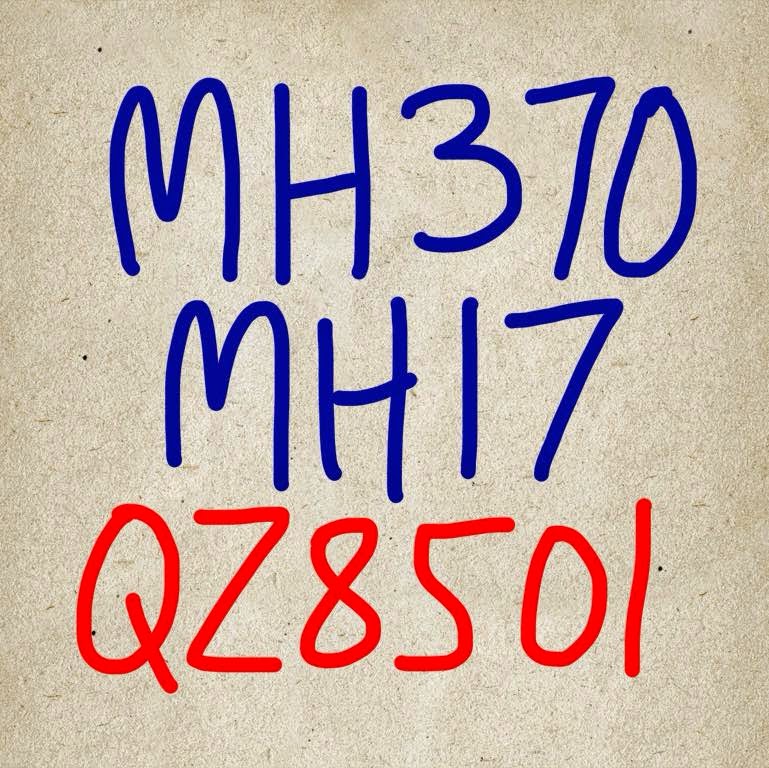 Three aviation tragedies involving Malaysian airliners have struck at the hearts of people all around the globe. MH370 and MH17 brought Malaysia Airlines to its knees, while QZ8501 has blemished AirAsia's impeccable safety record. But of course, the real loss in these disasters are the 699 people who have lost their lives on these flights, and the countless families and friends who have lost loved ones.

For a man who has circumnavigated the earth in a plane, it is both terrifying and deeply distressing for me to attempt to imagine the final moments of these people's lives on a doomed airliner. It is frankly unspeakable.

In the coincidental lyrics of the song "This Love" sung by Adam Levine of Maroon 5, these passengers:

"got on a plane, never to return again,
but always in my heart"

The most puzzling of these tragedies is the saga surrounding the vanishing of MH370 on 8th March, 2014. Not a day has passed by during these last 9 months that I haven't thought about that flight and the people on board.

Air Asia's flight QZ8501 appears to have encountered awful weather and crashed into the Java Sea off the Southern coast of Borneo with no sign of survivors as yet. Families' reactions have ranged from shock to hope to despair during the search process. Again, Adam Levine, through these unintended lyrics, summed up the abundant hope that once dominated, and still continue to dominate in the case of MH370, the thoughts and prayers of us all:

MH17 is believed to have been shot down by pro-Russian rebels, though Ukraine and Russia have done a dirty job of blaming each other so that NO-ONE has been held accountable for this outrageous cessation of human life. Adam Levine's lyrics continue to burn my thoughts:

"I was so high I did not recognize,
The fire burning in her eyes,
The chaos that controlled my mind"

The only thing I can imagine in all of these 3 flights is CHAOS. I cannot begin to imagine the scene. I am completely overwhelmed by the horror and sadness of it all.

So while the world will be celebrating the beginning of 2015 with fireworks, music and champagne, I'll be mourning with those who mourn from 2014, hoping that truth will be revealed, and desperately hoping, wishing and praying that no such tragedies will befall Malaysia again. We've surely had our fair share.

"This love has taken its toll on me,
She said Goodbye too many times before,
And her heart is breaking in front of me,
I have no choice cause I won't say goodbye anymore" 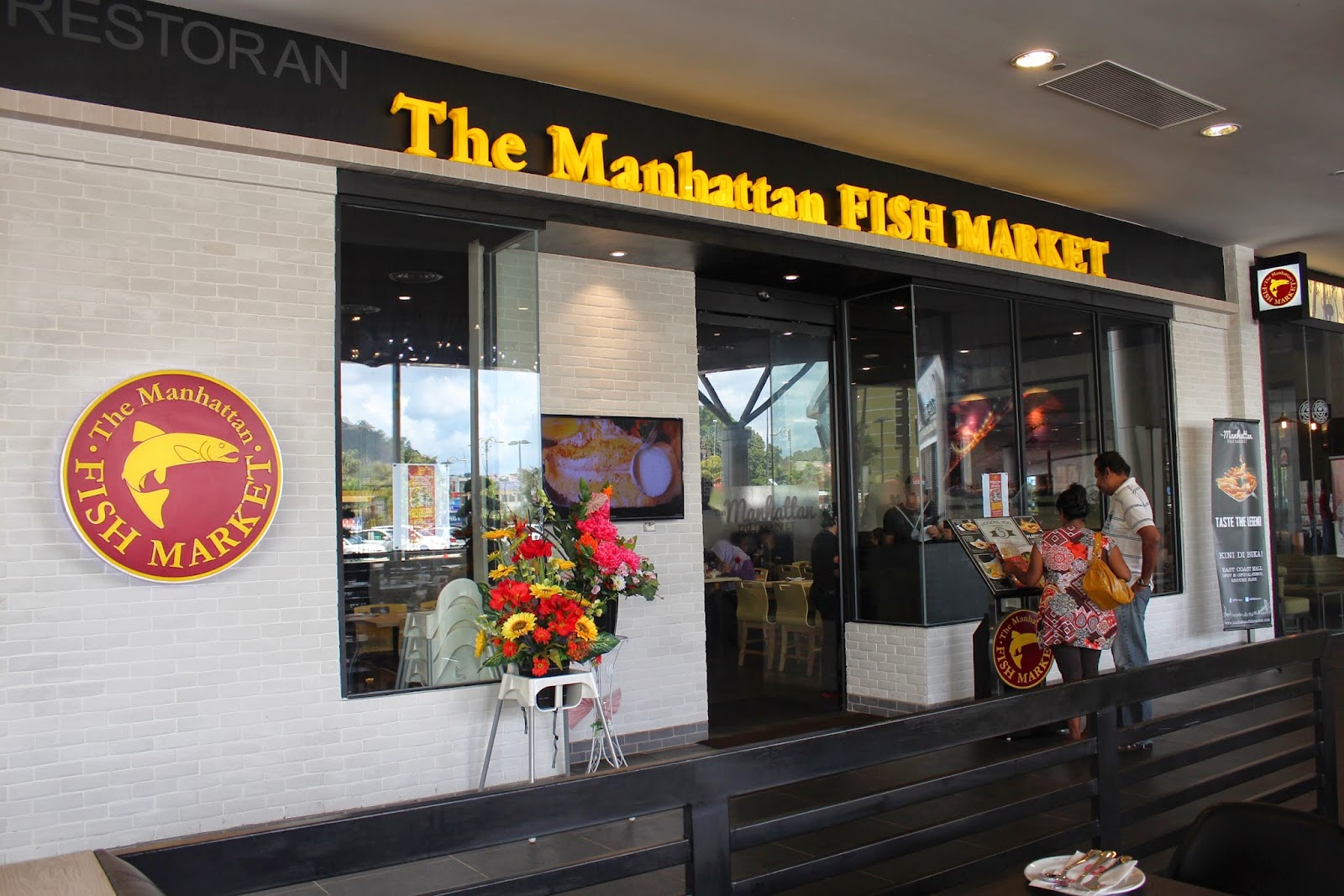 The Manhattan Fish Market is one of a number of new restaurants lining the main entrance of East Coast Mall in Kuantan.

I miss fish and chips back home in England. Nothing in Malaysia can come close to matching the fat and juicy chips of an English fish and chips shop. But the fish at The Manhattan Fish Market is the closest I've tasted to really good fish.

Fie and I ordered two sets of fish and chips. One of each of the two different types of fish, and shared a piece each. The fish was crispy on the outside and oh so soft and delicious on the inside, just the way it should be! The sauce covering the fish is to die for. We requested more of it and they readily brought along another small bowl of it.

There are some delicious-looking desserts on offer at The Manhattan Fish Market too, but that will be for another day.

Our eldest daughter has completed her two years of kindergarten training and will be starting primary school next month.

We attended her graduation ceremony at Wisma Belia in Indera Mahkota. 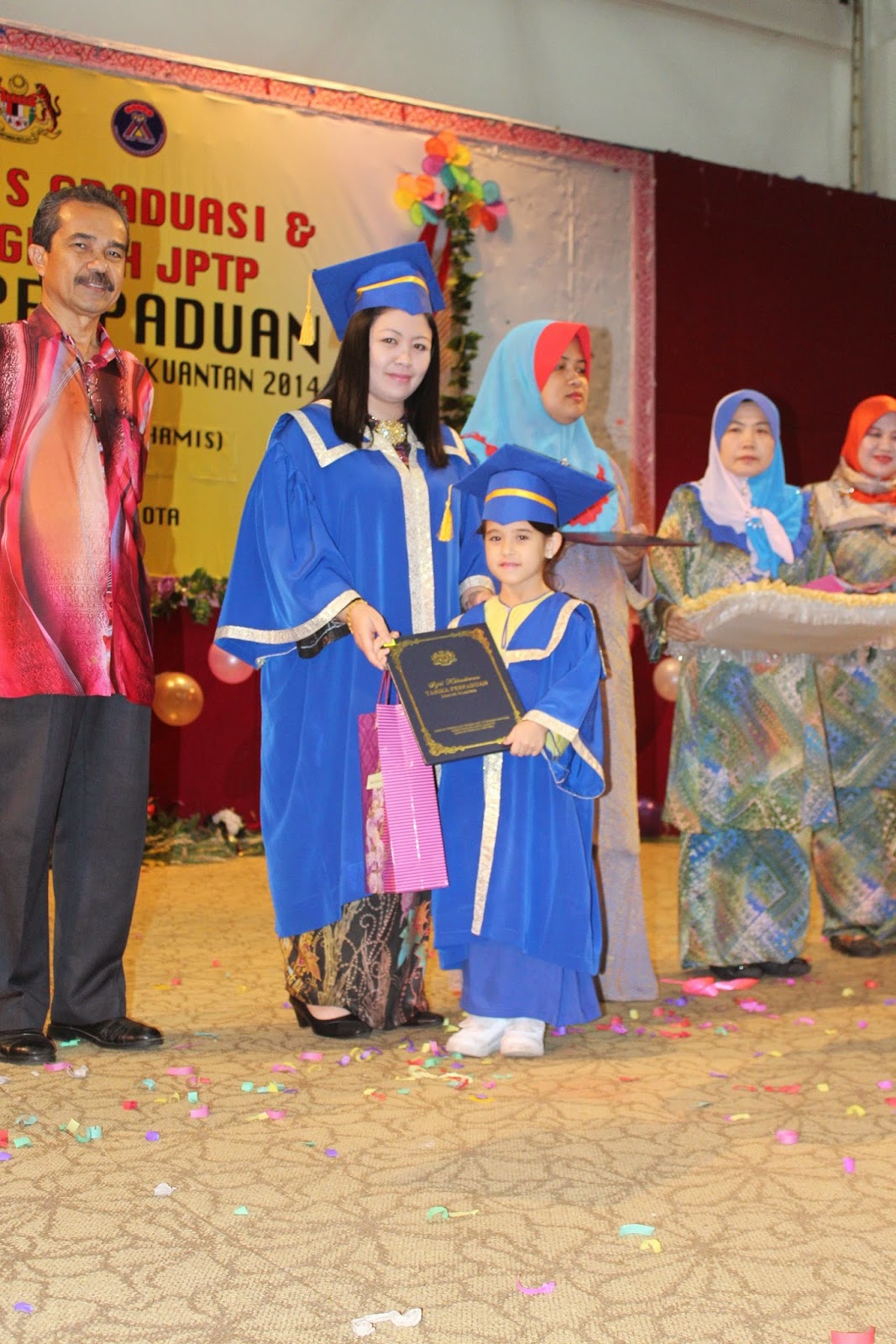 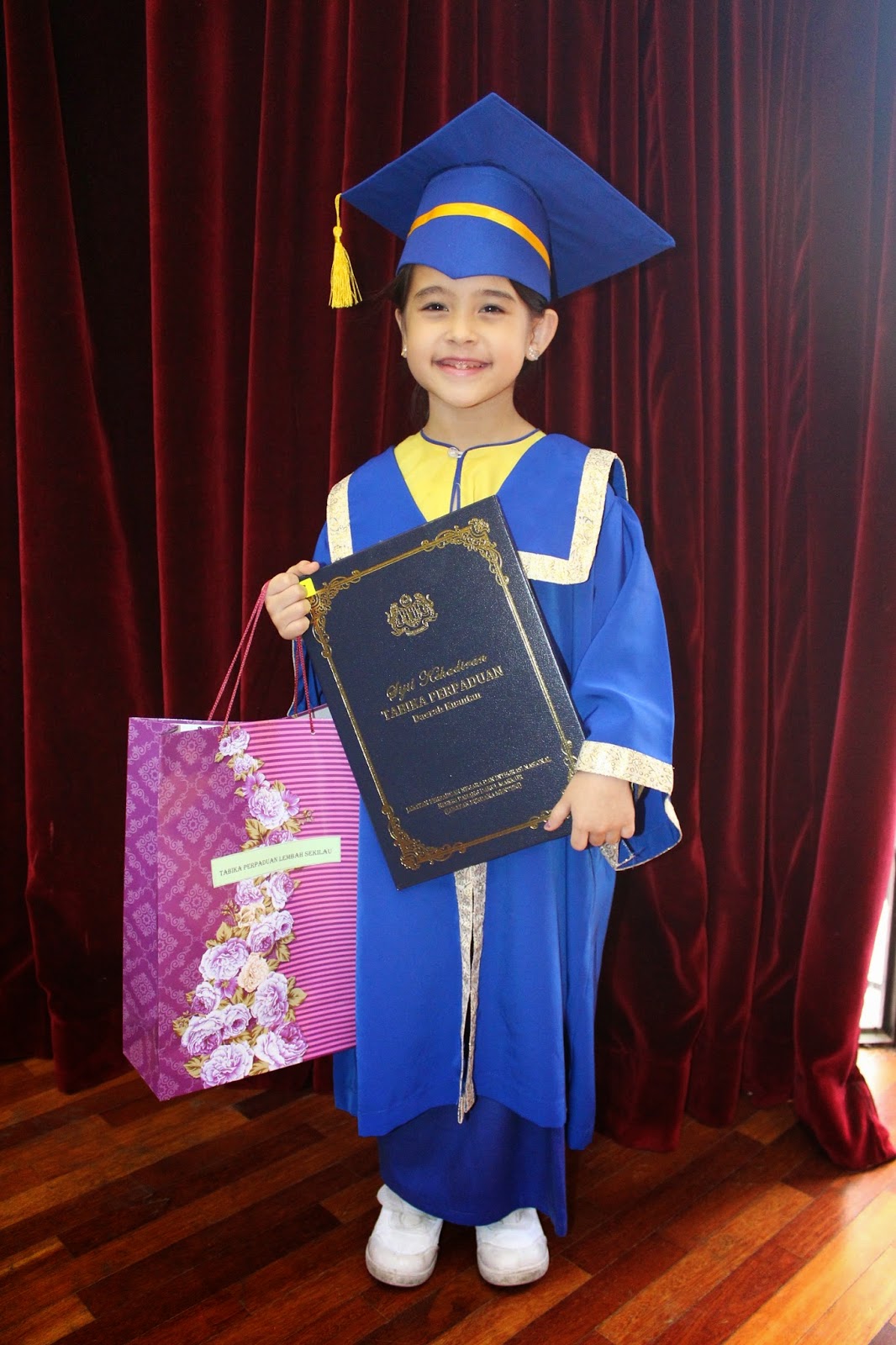 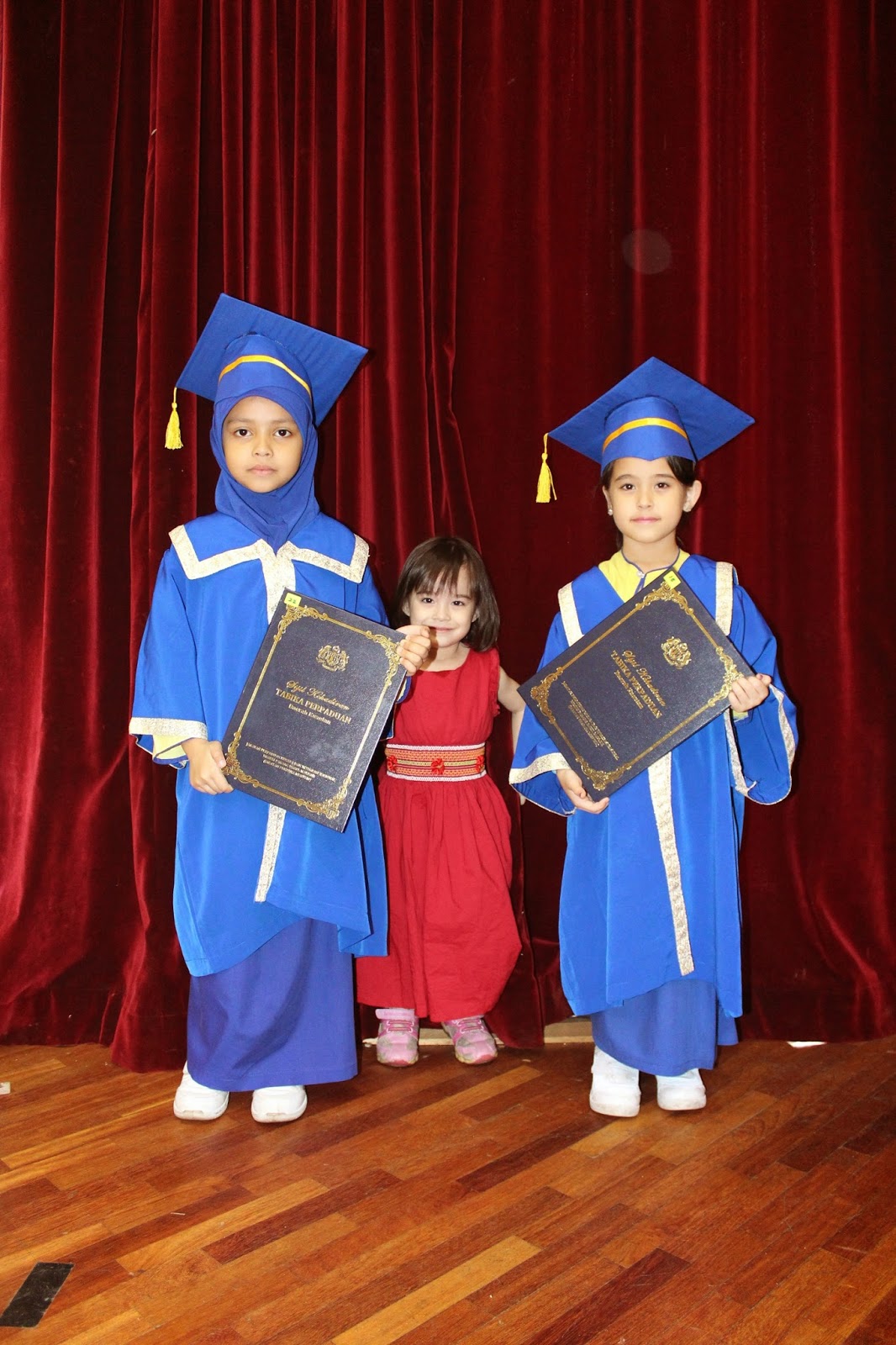 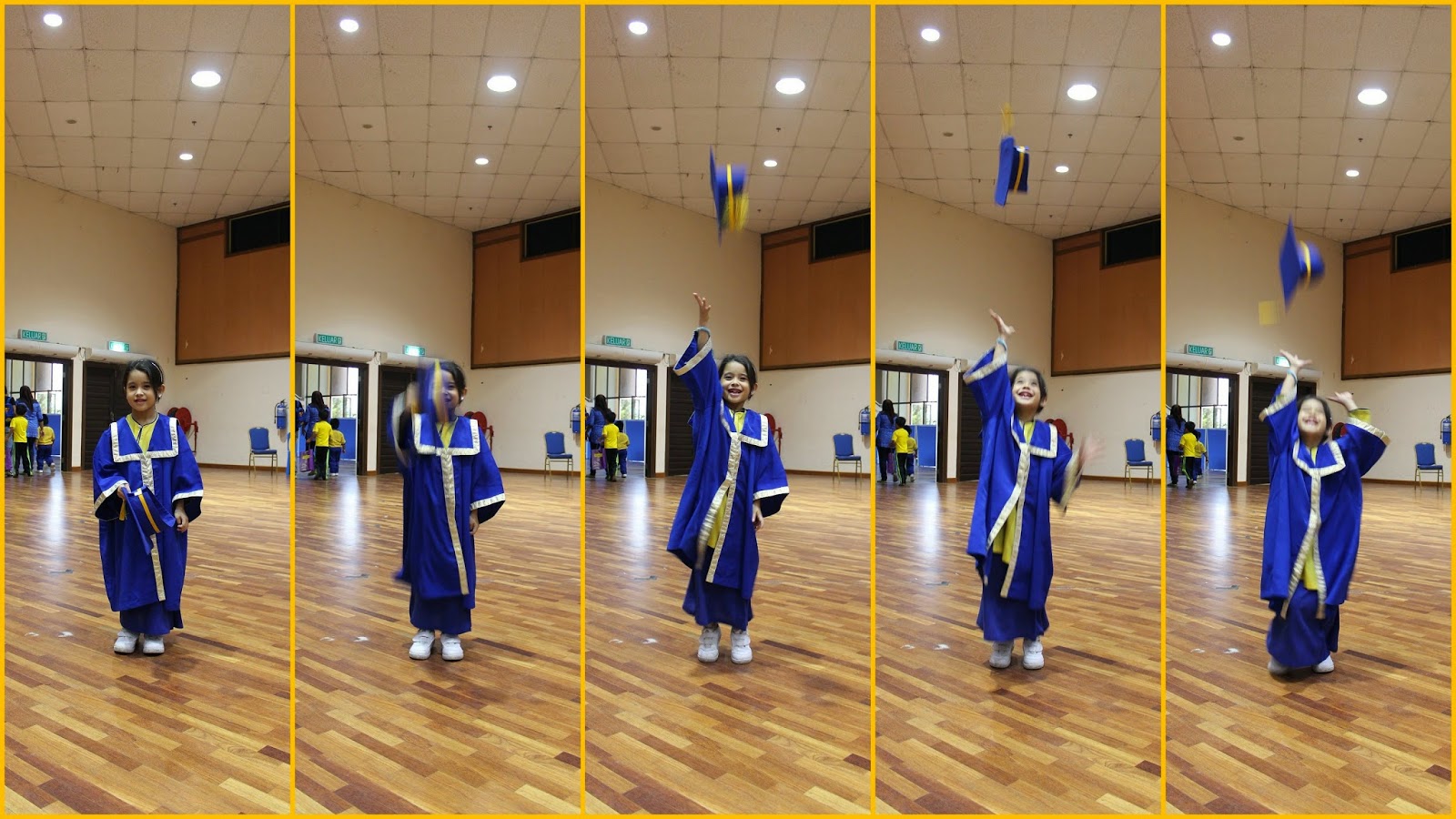 Can't believe Lauren will be starting primary school so soon! The two years have passed so quickly, like a blur. Our hopes for Lauren at kindergarten were that she would be able to learn Bahasa Melayu (the national language of Malaysia) and that target has been achieved. She is now ready for proper school. She can speak English (naturally) and Bahasa Melayu and is learning Mandarin Chinese.

Here is a photo of her last day at kindergarten: 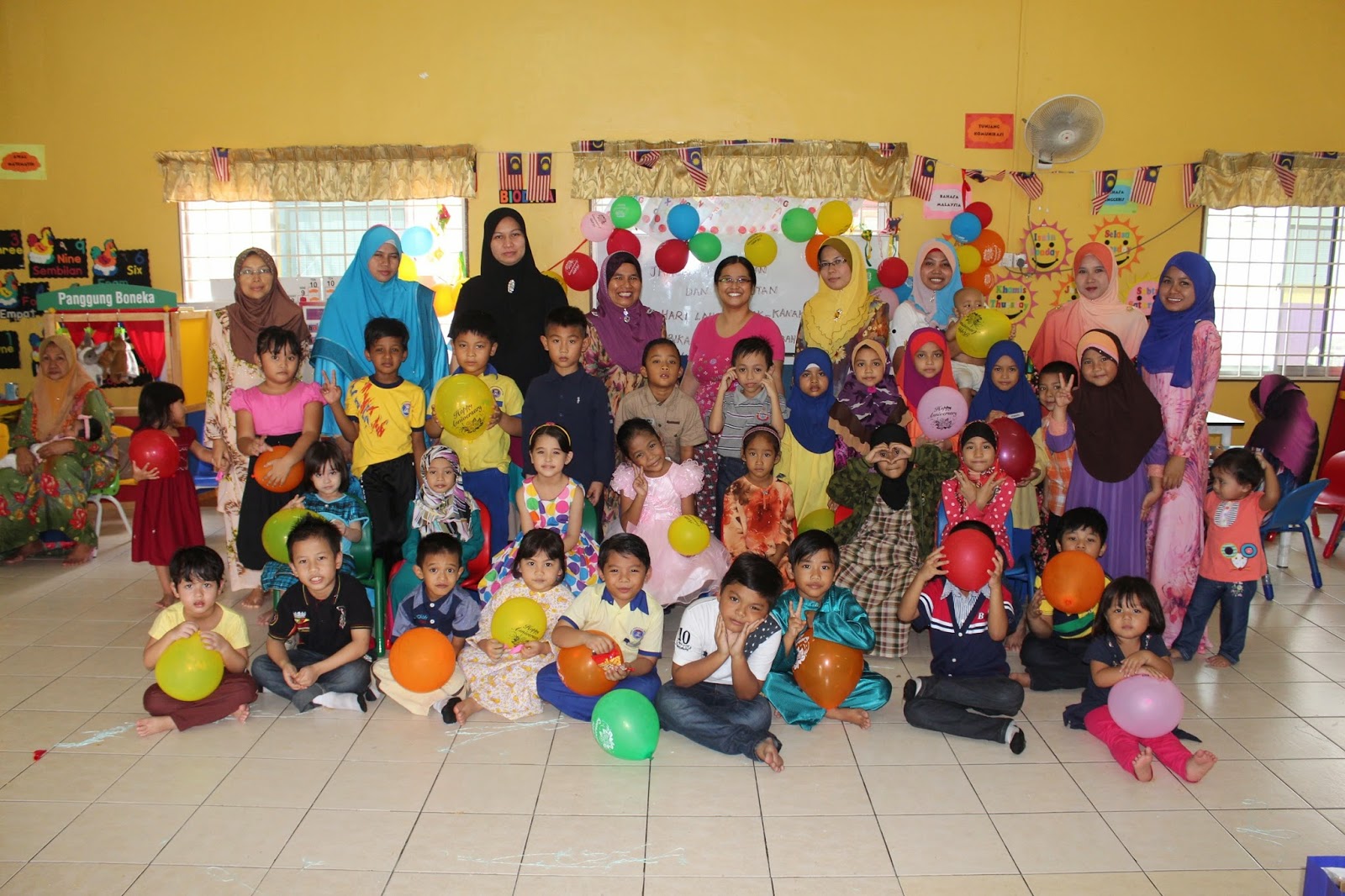 We've been watching East Coast Mall go through big changes for the last year or so, both inside and out. Rearrangement of lots, new shops and architectural changes are in progress. It's all actually scheduled to be completed by this month, being November, 2014. Obviously, the work needs to be done before the annual monsoon season arrives anywhere from mid-November through January.


In the coming weeks we are looking forward to see what other new shopping opportunities await us in Kuantan at the new-look East Coast Mall! 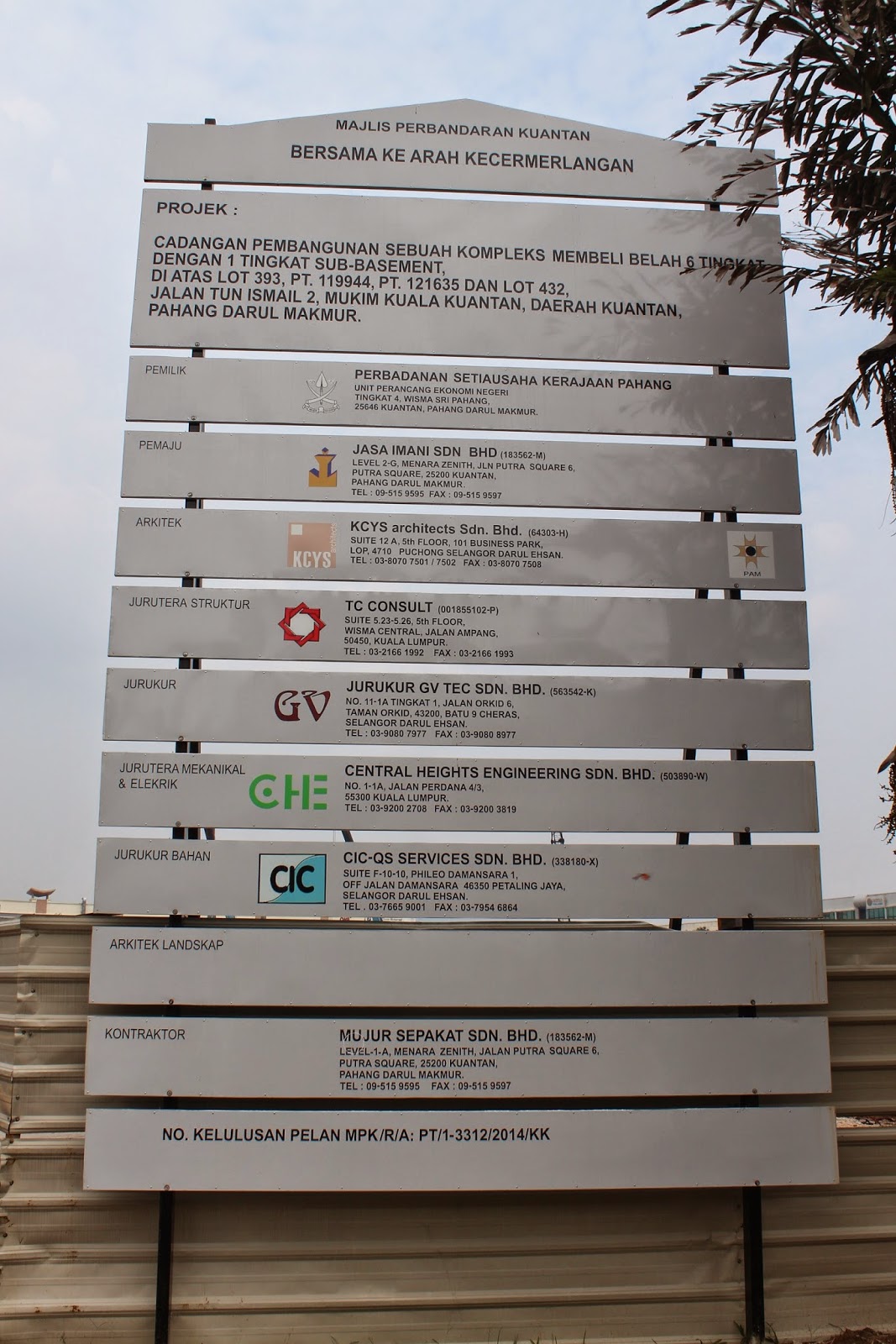 The notice of construction is up for a brand new shopping mall opposite East Coast Mall in Kuantan, which will be named Kuantan City Mall.

This is an area which has experienced unbelievable growth since I moved here. The whole area used to be an empty patch of land which I once walked across to get to Berjaya Megamall.

Kuantan City Mall will be the next addition in this area.

There will be a sub-basement and 6 floors to Kuantan City Mall, so it is looking to be a lot larger than the current East Coast Mall!

Check back to The Kuantan Blog often - I'll be keeping up-to-date with the construction progress as often as possible!

It's quite an achievement when I consider its humble beginnings as a blog that wasn't sure of the direction it would take.

More than 5 years of hard work have been put in to make this blog one of the leading sites on Kuantan, Malaysia, focusing on hotels and attractions in this lovely town on the east coast of Peninsular Malaysia.

Here is a picture board of some of my favourite moments of 2014 so far: 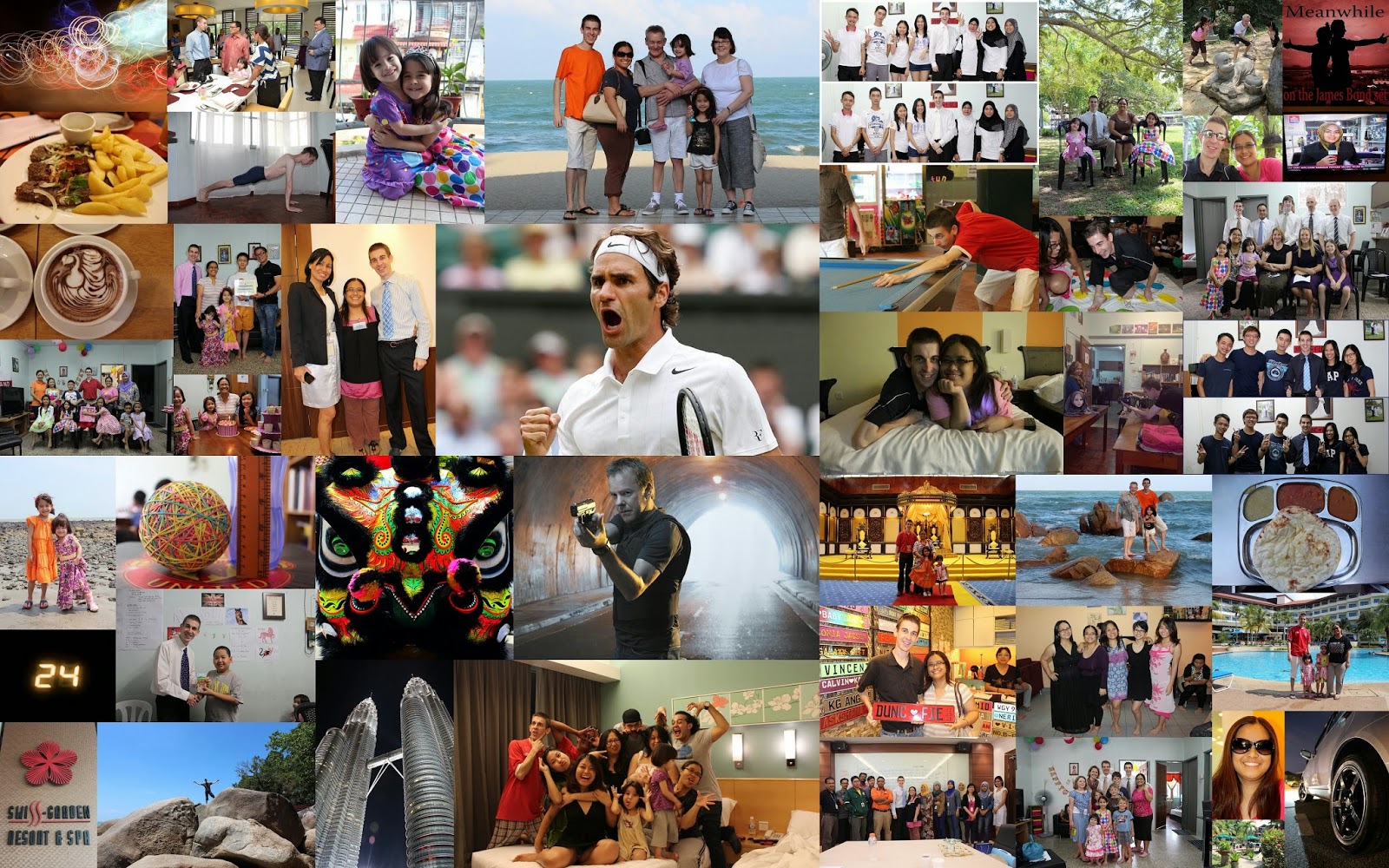 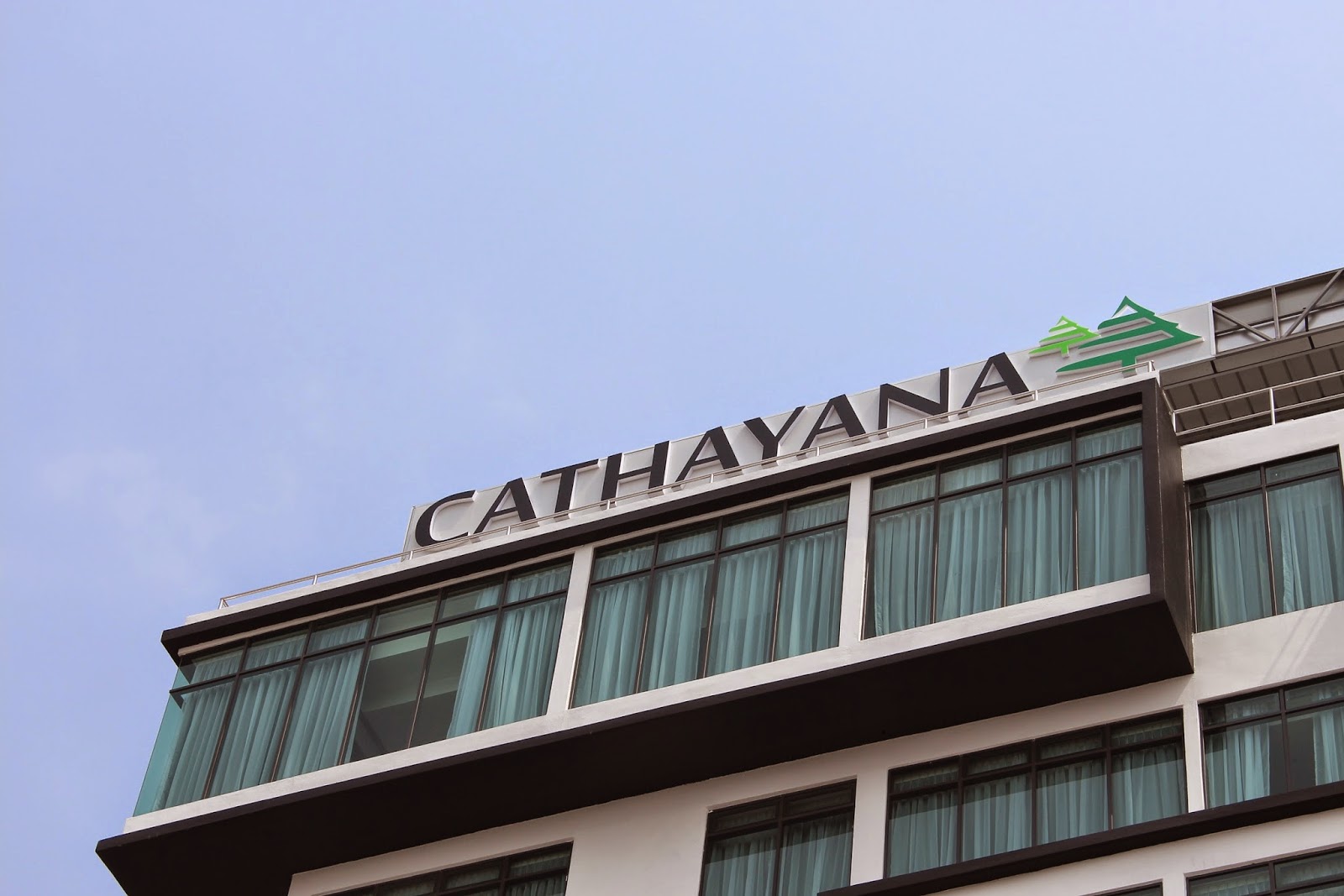 Cathayana Hotel is the newest hotel in Kuantan. It is located on Lorong Tun Ismail 5 and is close by UTC, East Coast Mall and Berjaya Megamall. It opened its doors for business on Friday 17th October. It is awaiting an anticipated 3-star status and stands for now as a budget hotel in the town centre of Kuantan. We were the very first guests to try out the Service Apartment, of which there are 3 units in Cathayana Hotel.

Room rates have not been finalised yet but will be by the end of November. They are anticipated to range roughly between RM100-300.

Cathayana Hotel has 4 room types inclusive of: Superior Deluxe, Triple Deluxe, Family, and Service Apartment. The Hotel Manager, a Mr. Razali Rahman, showed us around the rooms. He has previously worked at Grand Continental Hotel Kuantan, and most recently at Rompin Beach Resort.

And now on to our room for the night which was a Service Apartment. The first impression was very good. Spacious, simple, light, and windows - lots of them. We couldn't believe this was a budget hotel.

It was exciting looking around the apartment, discovering room layouts, storage areas, the bathroom etc. We were fully aware that as this was a brand new hotel, there would most likely be some small teething problems, but they were minimal. Apart from an odour from the bathroom drainage which disappeared after a few hours, everything was fine. In fact, that seems to be a common hurdle with most hotels as we experienced the same thing at The Zenith Hotel Kuantan when we were among the very first guests there too.


Mr. Razali informed us that we were the very first guests in the Service Apartment and he was slightly worried how things would go for us!


We got our girls to sleep together in the second bedroom, which includes two single beds side by side and lovely views of Kuantan. The partition acts as both a storage via two shelves, and on the other side, a make-up area with chair and mirror, and open wardrobe.


In the afternoon, I did my customary exploration of the hotel and nearby surroundings. Cathayana Hotel has an interesting exterior design that resembles a stack of building blocks.

The lobby, while not fully complete (there will be a restaurant opening soon to cater to function rooms on the 9th floor), is extremely spacious, which is an immediate plus point for me. Also, I was drawn in to the marvellous paintings on the wall behind the Front Desk. They are very attractive and create a positive first impression.


Overall we really enjoyed our stay at Cathayana Hotel in Kuantan. It is centrally located and is just a few minutes away from East Coast Mall and Berjaya Megamall, literally just across the road from UTC, and there is a Mydin store 50 yards down the road, along with other shops and restaurants. So everything you need is all just a stone's throw away, making life very simple if you are staying here. There is also private parking on the 1st and 2nd floors.

Thank you to Cathayana Hotel Manager, Mr. Razali Rahman, for making our stay possible and showing us around the hotel. We would definitely recommend Cathayana Hotel to travellers, whether couples or families.